Flying Dreams Brewing Company Was Built To Do One Thing

Master brewer and founder Dave Richardson has been creating some of New England’s best tasting craft beers for over a decade. Long before Flying Dreams was born, Dave spent years experimenting with flavors and honing his skills in brew school and as a master brewer at the legendary Gardner Ale House. Since then, Mr. Richardson has been recognized as one of the top beer innovators in the region, collecting over thirty-five awards for his pure, unfiltered and unadulterated brews.

Dave Richardson eats, sleeps, and yes – drinks beer. A self-proclaimed “beerologist”, Dave has been delighting the taste buds of beer enthusiasts throughout Massachusetts with his unique twists on traditional favorites. He combines old school brewing techniques with modern recipes to create one-of-a-kind beers that are packed with flavor, yet go down smooth.

Flying Dreams Brewing Company opened its doors in November 2015, and we couldn’t be happier to be a part of the Worcester community. At Flying Dreams, we dance to the beat of our own drum. We believe that originality and self-expression make life fun, and our dream is to bring you a little more happiness by sharing a small piece of what makes us different. We start with only the finest ingredients and then add one part passion and two parts originality.

Our craft beers are robust, unfiltered, full-flavored brews that have distinctive tastes of their own. But what really makes them brilliant is that they’re so easy to drink. We love that, and we think you will too. Getting this right takes great care and requires us to brew our beers twenty-five percent longer on average than other craft brewers – but you’re worth it. And while sipping on a cold pint of Flying Dreams brew won’t pay for that big house or fancy car, we do hope that our story will inspire you to be yourself, live happily and follow your dreams! 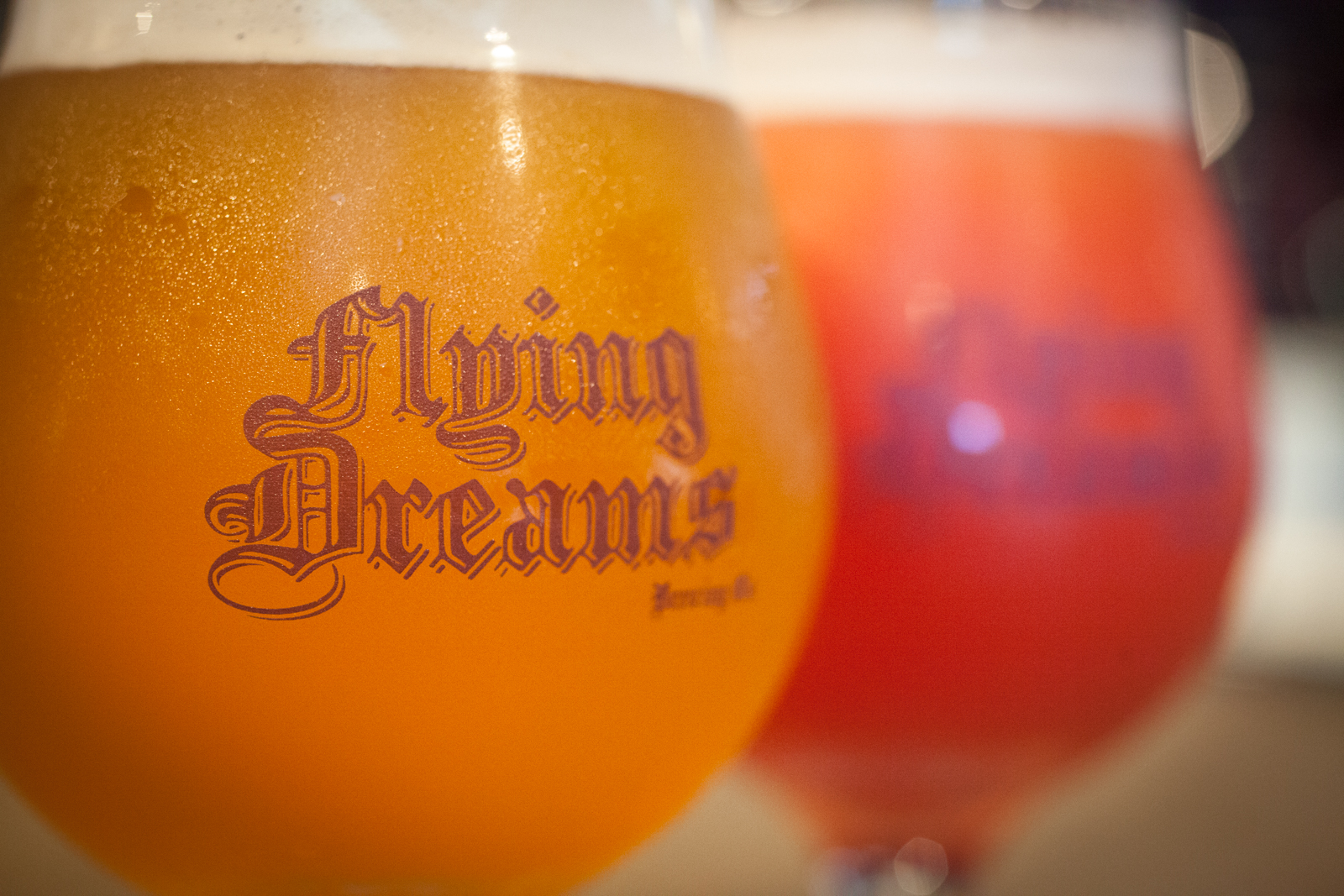 Visit us on our social media!

Keep up with all Flying Dreams news and promotions!